(info taken from The National Center for Victims of Crime: Stalking resource center)

Myth:  “Only celebrities are stalked.”

Reality: 1.4 million people are stalked every year in the United States. We may hear more about celebrity stalking cases in the media, but the vast majority of stalking victims are ordinary citizens

Myth: “If you ignore stalking, it will go away.”

Reality: Stalkers seldom “just stop.” In fact, behaviors can turn more and more violent as time goes on. Victims should seek help from advocates, law enforcement, and the courts to intervene to stop the stalking.

Myth: “Stalking is creepy but not dangerous.”

Reality: Stalking is creepy and dangerous. Three out of four women who were murdered by an intimate partner had been previously stalked by the killer.

Myth: “Stalking is annoying but not illegal.”

Reality: Stalking is a crime under the laws of all 50 states, the District of Columbia, and the federal government.

Myth: “You can’t be stalked by someone you are still dating.”

Reality: If your current boyfriend or girlfriend tracks your every move or follows you around in a way that causes you fear, that is stalking.

Myth: “Modern surveillance technology is too expensive and confusing for most stalkers to use.”

Reality: Stalkers can buy surveillance software and hardware for as little as $30 and can easily track victim’s every move on a computer.

Myth: “If you confront the stalker, he’ll go away.”

Reality: Stalkers can be unreasonable and unpredictable. Confronting or trying to reason with a stalker can be dangerous.

This information is brought to you by The National Center for Victims of Crime: Stalking resource center 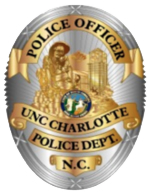 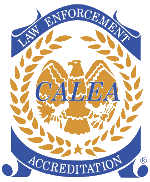